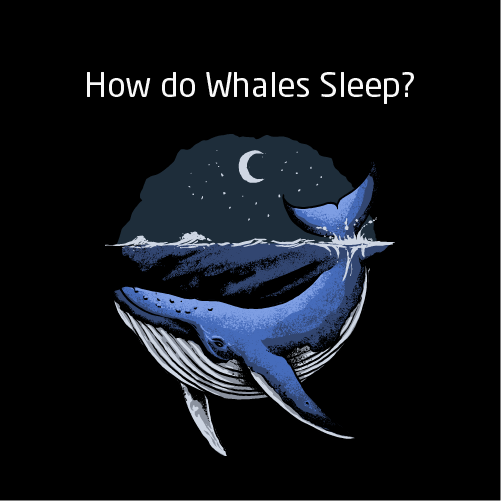 Now there’s a question!  Have you ever wondered how the biggest mammal in the world goes to sleep?  Do they shut their eyes, listen to some whale music, and quite literally drift away to sleep?  Or do they find somewhere cozy on the seabed and relax with their eyes open – yet still get their shut-eye time?  Do they even need much sleep, and do they sleep on their own, or with other whales?  If you’ve ever wondered how do whales sleep then we’ll give you the answers to your burning question!

How do Whales Sleep Safely? 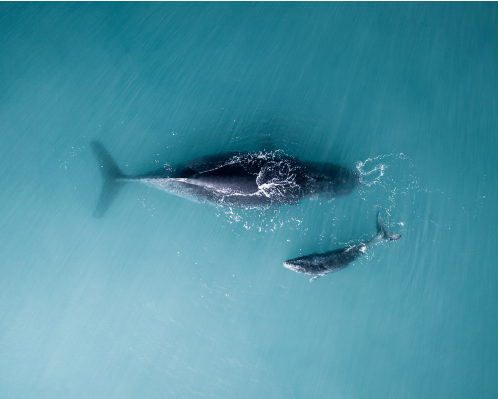 Whales are sea mammals so the water is their home, but have you ever wondered if they could drown when they go to sleep?  Whales do need air, which is why they float up to the surface often to take a gulp, so surely sleeping under water poses danger to these beautiful sea creatures?  Well, experts have observed marine mammals for years on end, whether it’s in the sea or in aquariums and zoos.  The easy answer to the question how do whales sleep is that they rest rather than sleep deeply.  They quieten down and position themselves either vertically or horizontally.  Or they actually swim and sleep at the same time, just slowing down their pace, usually swimming alongside another whale!

How do Whales Sleep and Swim? 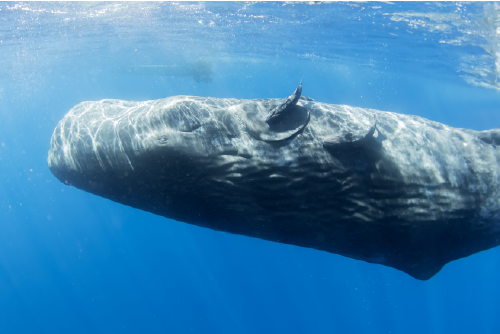 Good question – but remember, they’re programmed to do just that.  Whales slow down so they’re almost floating (but they are actually swimming) and enter a sleepy state that’s similar to having a nap.  Young whales do sleep deeper, while their mothers tow them along behind them as they swim.  This type of whale swimming is called Echelon Swimming and mommy whale also swims while she sleeps but she is much more alert.

During the first few weeks of a newborn whale’s life, its mother won’t stop swimming because if they do, there’s a risk that the baby calf will sink and could even drown.  This is because it doesn’t have enough blubber to float on its own yet. So, mom whale is in a permanent state of sleep-swimming (because she gets tired, much like human moms and dads with a newborn!).

How do Whales Sleep and Breathe? 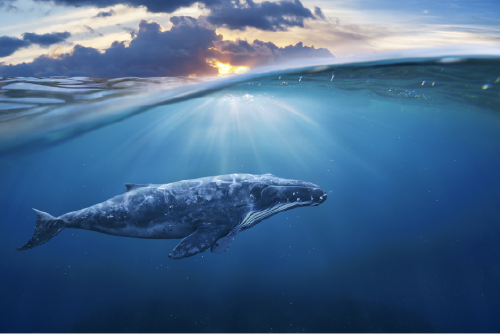 Whales aren’t as susceptible to attack as other sea mammals because of their sheer size!  So predators tend to leave them alone.  However, sharks can attack whales, while they’re much smaller than adult whales, they aren’t afraid of their size.  Baby whales (calves) are more at risk of a predator attack so the mother needs to be especially vigilant and that’s why their sleep isn’t deep, it’s more the napping mentioned above, so if she needs to wake up quickly, she can.  Also, the whale needs to be relatively close to the surface, so its blowhole knows it can get to air when it needs to.  Whales get air while she sleeps, floating to the top, breathing, and disappearing beneath the water once again.  Unlike humans, a big gulp of air lasts a lot longer and as the whale has such large lungs, she can carry more oxygen.  As whales get older, there’s more risk of drowning because they become more tired and its harder to reach the surface.  Did you know that whales drown themselves when they die?  But that’s another interesting whale topic for another piece, you can read about that here: https://a-z-animals.com/blog/how-do-whales-die-7-common-causes-of-death-for-whales/