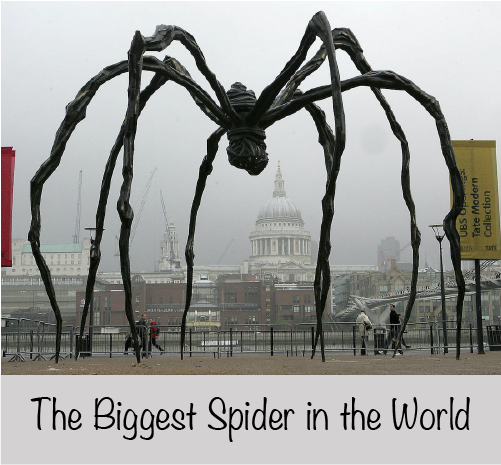 Like them or loathe them, spiders are a fact of life, and they creep into our homes when we’re not looking, often surprising us by suddenly scuttling across the floor when we’re least expecting them!  Some people are quite literally petrified by spiders, no matter how big or how small they are.  From the teeniest little spider that crawls up your arm gently tickling you – to those giant, hairy, bug-eyed frightening looking spiders that lurk in the dark ready to scare you as soon as you turn on the light.  Are you scared of spiders?  Then you might not want to read on to find out about the biggest spider in the world.

The Biggest Spider in the World is As Large as a Tiny Pup! 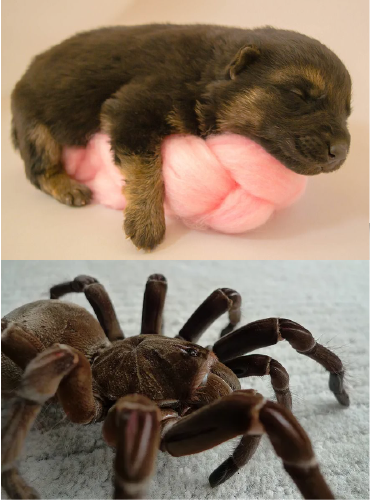 How Big is the Biggest Spider in the World? 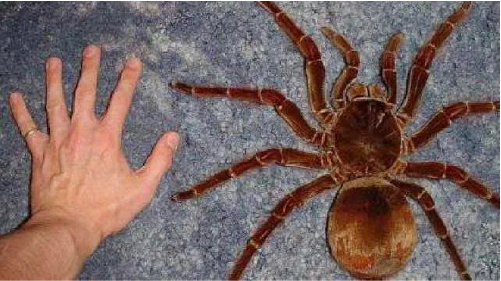 This mammoth spider has a leg span that measure a foot wide.  He weighs nearly 1/3 of a pound, that’s nearly a small bag of sugar.  This spider is a relative of the Tarantula and earned its name from the 18th century image that was engraved depicting the spider eating a hummingbird.  That’s why it’s called bird-eating because it could quite possibly eat a small bird.  Although, mainly, the biggest spider in the world usually eats frogs or small mice (still, that’s a departure from munching on yummy flies!).

So how does the biggest spider in the world secure its prey?  When unsuspecting lizards, mice or frogs aren’t looking the Goliath Bird-Eating Spider jumps on them and digs its fangs into them, which releases a neurotoxin that paralyses them and then the spider sucks out all the nutrition it needs, killing its pray.  Yuck!  You knew there was a reason to fear spiders!

Where does the Biggest Spider in the World Live? 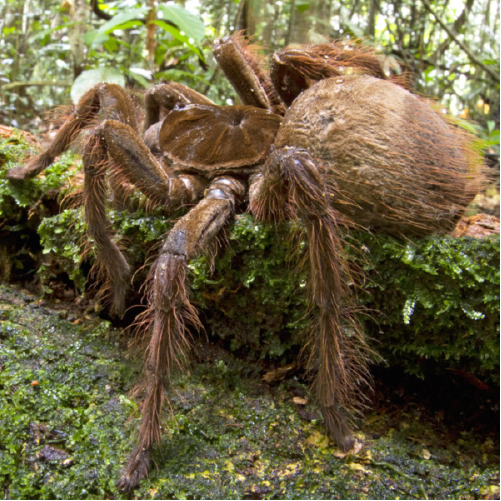 This heavy-weight spider lives in South America as you know but it’s unlikely to meet you on the streets of Rio de Janeiro – you’re more likely to come across it in forests in Suriname, Guyana, French Guiana or the North of Brazil.  Don’t get too close though, even though it’s unlikely to eat you – we can’t guarantee it won’t frighten the living daylights out of you!

Are you a spider-fan?  Then find out more about the Goliath Bird-Eating Spider on the National Geographic website here and see this monstrous spider in action! https://www.nationalgeographic.com/animals/invertebrates/facts/spiders#:~:text=The%20goliath%20birdeater%20tarantula%20of,biggest%20spider%20in%20the%20world.