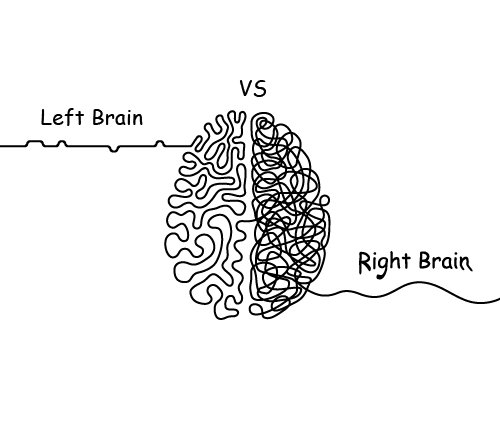 Find out what the difference is between the two sides of the brain, left brain vs right brain!

Everyone knows what the brain is and what it does – but did you know that there are two specific areas of the brain that supposedly do different things?  As well as that, some scientists believe that some people work using one side of the brain more than the other side.  The brain is divided into two areas.  There’s the left brain and the right brain – but when it comes to the differences between the two, not many people know what they are.  We’re going to explain the difference in this piece, left brain vs right brain.

Understanding How the Brain Works

Before we talk about left brain vs right brain, let’s quickly summarize how the brain works.  The human brain weighs approximately 3lb and inside the brain, there are billions of neurons and connections.  The brain is the root of how your body responds and completes tasks.  It’s also responsible for taking control of your emotions and how you perform.

The human brain has two halves (making up a whole of course!).  There’s the left half and the right half.  Or left-brain vs right brain.  Each half has its own control center and takes charge of certain functions.  If you were to look at a brain, each half looks similar, but they process information differently and while you might think they work independently, they don’t, they work together. 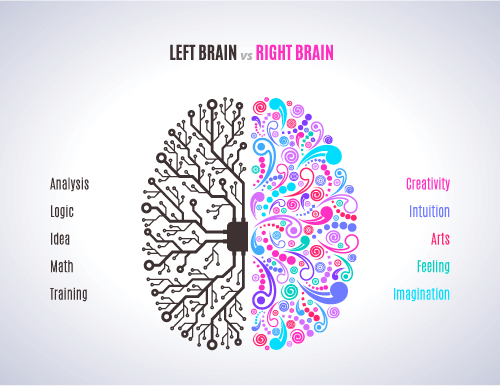 The Theory of Left-Brain vs Right-Brain

Some brain scientists split people into two groups – left brainers and right brainers.  This is because these scientists believe that most people have a dominant side.  So, if you’re a methodical person and you love to analyze things then you’re a “left-brainer” and if you’re creative and artistic then you’re a “right-brainer”.  This theory was discovered by Nobel Prize winner, Roger W Sperry in the 1960s who discovered that the brain’s two sides function differently. 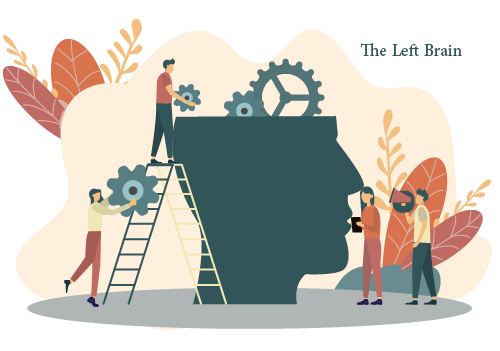 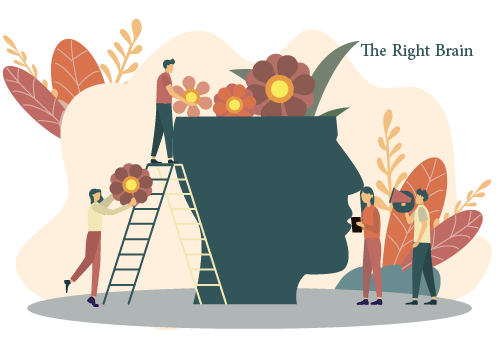 The right brain, in contrast, is more visual.  It isn’t as organized in its thinking processes and is more imaginative and creative.  Right-brained people are imaginative types and tend to think holistically.  They are better at arts, rhythm and are quite intuitive and emotional, they may also be daydreamers!

Having said all of the above, there is another school of thought that doesn’t subscribe to the above.  A study was conducted using magnetic resonance imaging using 1,000 people and it revealed that the brain doesn’t prefer one side to the other and that the networks on each side are no stronger than the other.  This study found that the brain’s opposite sides work together, and that people don’t use one side at a time. So, if you’re performing a logical task or something that’s more creative, you still use both sides of your brain.  The different sides work in synergy and balance each other out.  The study also surmised that different personalities didn’t mean you had a different brain side preference – so people aren’t actually left-brained or right-brained!  However, it is a fact that each side of the brain is different, and some parts of the brain’s make up are better at performing certain tasks than others.  This also varies from individual to individual.

So, the bottom line is no matter whether you’re painting a masterpiece or you’re trying to decipher some very difficult mathematics, both sides of your brain will work hard for you at the same time.  No one is left-brained or right-brained – in fact, a normal brain is capable of continuing to learn and understand from birth right the way into old age, until the moment of death.  To keep your brain sharp and to continue learning do perform regular brain games, click on this link to find out more about brain training https://www.lumosity.com/en/.